Xbox Series S, Next-gen performance in the smallest Xbox ever with $299

Microsoft formally announced the Xbox Series S, a smaller version of its upcoming flagship console, the Xbox Series X,  along with a $299 price .  The announcement, at 3:13 a.m. Eastern time, came after a day of leaks, with the first images of the distinctive Series S , along with price information and a release date for both upcoming Xbox consoles, coming online. On Tuesday, Microsoft also comes up with more information about the Xbox S, including a confirmation of the Nov 10  as the release date for it. In a teaser video Trailer, the company announced that the console would be all-digital, include ray tracing and support frame rates up to 120 per second, among other features. you can see original post in twitter embedded in this post.

Xbox Series S, Next-gen performance in the smallest Xbox ever with $299

There have been rumors about the Series S landing along with the Series X, which Microsoft made official first all the way back in December 2019 (what was 2019, was it even real?). The Series S is essentially a stripped-down, less-performant version of the Series X, without true 4K rendering and with a lot less processing power — but it seems like it’ll still be able to play next-gen games, albeit probably less impressively.

Next-gen performance in the smallest Xbox ever$299 (ERP) The $299 price tag  the first confirmed price of the upcoming console generation , puts the Series S on par with the going MSRP for most major current generation consoles. The Nintendo Switch, Xbox One, and PS4 all have versions that retail for $299.  The more recent Nintendo Switch Lite retails for $199.

How to remove Double Blue Arrows from every icons – Windows 10 (FIXED)
Trump bans TikTok from app stores, over security concerns 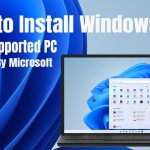 How to Install Windows 11 on Unsupported PC (Officially By Microsoft) 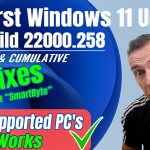