Samsung clamshell is the name of very new brand smartphone concept from Samsung , the Galaxy Fold has been out for a while now, after its issues got dealt with and it was re-announced. So what’s next for Samsung in the foldable smartphone space?  Well, it looks like the company is thinking of going smaller. Where the Fold is a smartphone that unfolds into a tablet, Samsung’s next foldable might unfold into a smartphone, flip phone style.

The video embedded below is official from Samsung’s developer conference, Memories of flip phones like we have before in early ages like Motorola or LG . Clamshell have the same concept.

In the video, it has shown comparison between the current Galaxy Fold and the upcoming Clamshell model to show how the UI will resize elements if the clamshell device is partially folded. It’s an intriguing form factor – one that’s already alleged to show up in the rumored Motorola RAZR phone next month. By folding vertically rather than horizontally, the device is able to maintain a more typical smartphone size and aspect ratio when open. This should make the device more familiar to use and provide a more comfortable aspect ratio for watching movies. But once folded, it takes up a smaller footprint.

Samsung clamshell  , It seems like it could provide a good compromise between the Galaxy Fold’s productivity and a traditional phone’s comfort and familiarity, though Samsung teased some new functionality too, such as folding the phone halfway to prop the camera up during a stream. Because the screen appears to be smaller than the normal Galaxy Fold’s, it could come at a lower price point too.

Attendees of #SDC19 got a sneak peek at a brand new form factor Samsung is exploring for the foldable category of devices. #SamsungEvent pic.twitter.com/rGtpvNj0SJ

Unfortunately, Samsung didn’t do much else beyond teasing. There’s no word on when we’ll hear more about the device, or even confirmation on whether it’ll ever come to fruition; Samsung says it’s ‘exploring’ new form factors. Still, considering the company was encouraging developers to make their apps ready for the new folding mechanism, I wouldn’t be surprised to see it pop up in the next year or two. 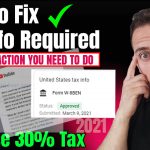